Join us, as we trace Greenwich Village’s history from the Dutch days to Gilded Age New York, to the Beats and bohemians of the 1950s and 60s, to today.

Greenwich Village, or “The Village” as it’s known to New Yorkers, has long been a center of bohemian culture that influenced the city and the world.

The Village has also been the scene of events that profoundly shaped American history and politics.

Join our tour guide as we travel back in time and trace the footsteps of notable “villagers” — from Native Americans to the Beats and bohemians and today’s famous (and infamous) denizens.

On our tour of the Village’s twisting streets and lovely parks, we’ll visit many of the area’s famed and notorious sites, discovering little-known facts and fascinating tales that lie around every corner. 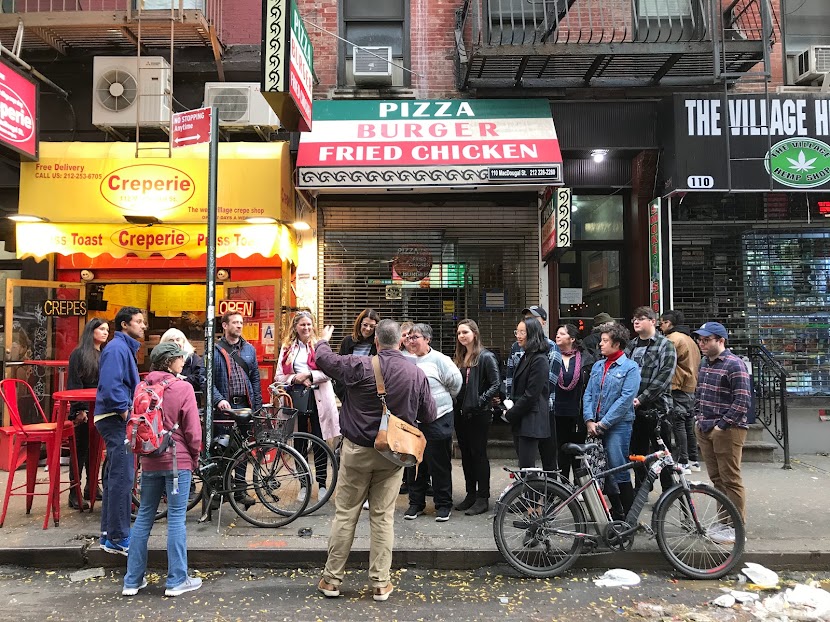 A recent TripAdvisor review about the Greenwich Village Tour:

“My wife got me the walking tour for my birthday. We don’t get to NYC as much as we used to so I thought it was a great idea. We used to spend a lot of time in the Village when we were younger and I thought this would a real “touristy” thing. I was surprised that the majority of the people on this tour were New Yorkers. Our guide was great; informative, engaging and well versed on the village’s history; the 2 hours went by fast. We both remarked how we used to walk these streets and never know just how much history there is. Highly recommended for out-of-towners and locals!”

Please contact us to set up a private tour!

Please click to see upcoming dates for this tour – or check this list of all upcoming tours, by date.